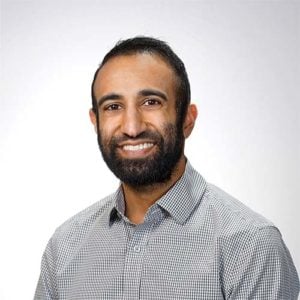 Dr. Arastu moved to Philadelphia in 2014 while his wife completed her training in the medical field. While there, he worked in private practice as a periodontist for the next 6 years. He also taught as a part-time faculty member at the University of Pennsylvania, School of Dentistry, Department of Periodontics. He taught both clinical periodontics and didactic classes in classic and current periodontal literature. In 2018 he received the J George Coslet Distinguished Teaching Award from UPENN Department of Periodontics. In 2019, he received the American Academy of Periodontics Educator Award for his work at UPENN. Teaching has always been, and will always be his passion.

He is blessed with a wife, who is a gastroenterologist and transplant hepatologist in the greater Austin area, and two daughters. Dr. Arastu loves outdoor adventures with the family, and studying film and the history of cinema. Let him know what your favorite movie is when you meet him!

YOUR BEST SMILE – OUR BEST TECHNOLOGY

Learn more about our innovative use of advanced technologies to better serve our patients.

We look forward to hearing from you and showing you the Round Rock Perio difference!